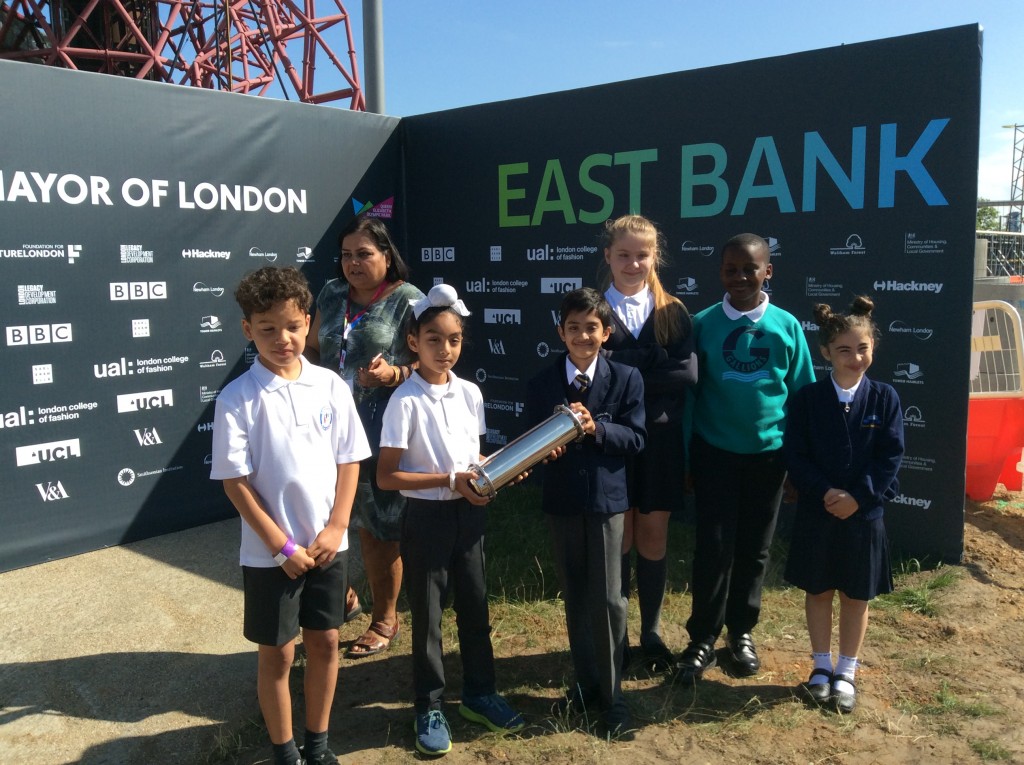 Children in breakfast and after school club recently took part in a competition for schools across four boroughs. Students were asked to come up with an idea for an item to be buried in a time capsule on the new East Bank development site in the Queen Elizabeth Park. The idea is when the time capsule is opened in many years from now will the items inside will give the future generations an insight into how we lived in 2019.

Five students from Oldhill where shortlisted and on Tuesday 9th July all five children were invited to a very special ground breaking event in the Queen Elizabeth Park, where they met the Mayor of London and Inderjit who won the competition buried his idea, which was a fidget spinner with the time capsule alongside the Mayor.